“We had a very successful third quarter, with sales revenue up 35.6% for the same period last year” commented Robert I. Goldstein, President, CEO, and Chairman of US Nuclear Corp. “The increase in sales is due to targeted sales efforts and momentum of our signature products, including drinking water monitors, nuclear power plant air and stack monitors, USN/FlyCAM UAV DroneRADs, personnel and vehicle portal monitors, and tritium monitors. We are also incredibly excited about our acquisition of the MIFTEC manufacturing and supply rights, which will start to come to fruition in the near future when MIFTEC and US Nuclear start selling medical isotope generators.”

US Nuclear Corp. signed a definitive agreement with MIFTEC which formally appoints US Nuclear as the exclusive manufacturer of MIFTEC’s revolutionary medical isotope generators for North America and Asia, and makes US Nuclear a sales representative for all MIFTEC products.  MIFTEC recently announced they already achieved record breaking neutron flux of 1010at the Reno National Terawatt facility. Neutron flux of 1012is required to make medical isotopes in commercial quantities, and MIFTEC’s larger, more powerful prototype is expected to achieve and even surpass that requirement. There is currently a $7 billion/year shortage of medical isotopes due to limited availability of current suppliers, and there are currently no suppliers in the USA. 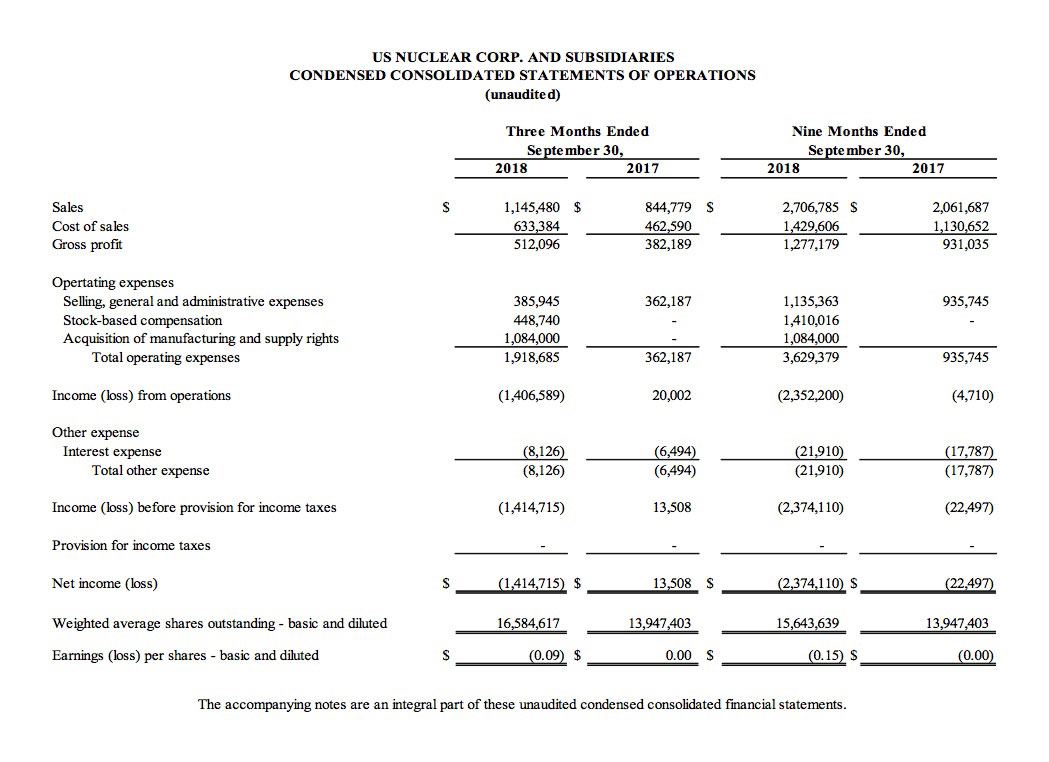