Los Angeles, CA, Aug. 29, 2018 (GLOBE NEWSWIRE) -- via NEWMEDIAWIRE -- US Nuclear Corp. (UCLE):
US Nuclear Corporation’s partner recently achieved a significant milestone in nuclear fusion by exceeding 1010 neutrons per pulse with MIFTEC Fusion power technology designed for use in US Nuclear Isotope generator. This historic, high level neutron flux is far above what any other fusion company has ever achieved, and is a large step towards the final goal of producing medical isotopes in a localized medical setting.

The method that US Nuclear Corp. and MIFTEC Laboratories Inc. are working to develop is simple, safe, and cost effective. It uses an isotope of hydrogen as fuel, which is derived from seawater, and is simple, safe, and cost effective compared to the current method of using highly enriched or low enriched uranium (HEU/LEU) that results in dangerous, long-term radioactive byproducts.

With US Nuclear being designated as the exclusive manufacturer of the MIFTEC isotope generators.   And, with the radiopharmaceutical market currently a $10B USD worldwide industry, US Nuclear Corp. & MIFTEC Laboratories, Inc. plan to be a major market participant upon reaching final testing and implementation.

We are proud of the many accomplishments reached to date, including:

The current state of medical isotope production is precarious at best.  Worldwide demand is primarily dependent on 5 aging nuclear reactors approaching the end of their operational usefulness.  Prominent closures of two reactors this year in Australia and Canada, highlight the urgency for a new method to produce these valuable isotopes already in short supply.

CEO Robert Goldstein says, “Given the failing state of essential medical isotope production facilities, this first ever achievement to meet and exceed the 1010 milestone in fusion neutron production could not come at a better time. Additionally, the projected cost savings of up to 50% over the current imported resources, the idea of on-site production, and the environmental benefit of a non-proliferating process that precludes the hazards of fission-based methods, should make for important upgrades ahead in the vital medical isotope supply chain.”

Investors may find additional information  by visiting   US Nuclear Corp. and the SEC website. 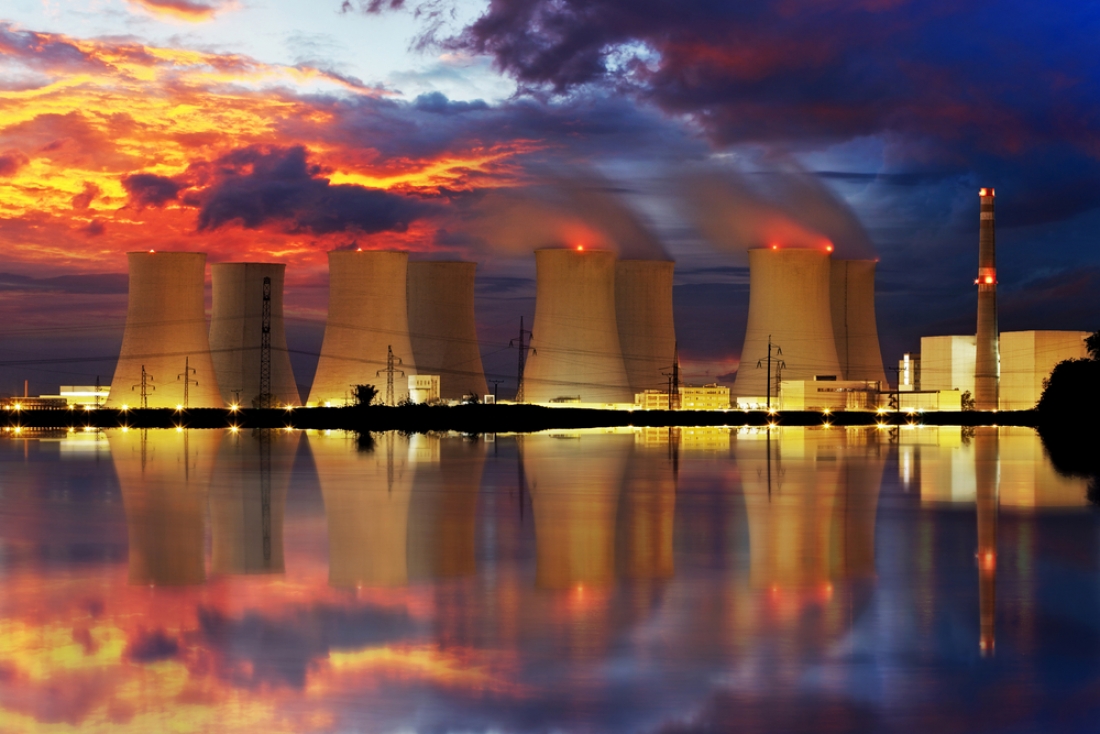 Los Angeles, CA. August 14, 2018 – US Nuclear Corp. (OTCBB: UCLE) recently completed the final shipment for an order of “CAM-33” air/stack monitors. The instruments were sold to KHNP (Korea Hydro Nuclear Power) for $598,010 to replace older models previously supplied by Technical Associates, and will be installed at various power plants in South Korea, including: Kori, Ulsan, Hanul, and Wolsong Nuclear Power Plants. The Model CAM-33 continuously monitors room or stack air for the major types of emissions typically found in nuclear power/research facilities, including: particulates, iodine gas, and noble gases. Air monitoring is absolutely essential, both in monitoring the facility room air to ensure that workers do not breathe in dangerous levels of radioactivity, and to verify that the stack exhaust is clean to prevent exposure to the outlying public population.

Robert Goldstein, CEO of US Nuclear Corp, explains why radiation air monitors are the first line of defense in protecting the public: “If you are approaching a radioactive object and you are carrying a radiation survey meter, you will see the high reading and know to stay away. However, if the radiation was airborne, a survey meter wouldn’t detect it, and without an air monitor to alert you to the danger, you would inadvertently breathe in the radioactivity, which is more dangerous now that it is inside your body, lungs, and in close proximity to your cells. This is one of the reasons why air and stack monitors, a specialty of US Nuclear, are the most important in radiation detection.”

One focus of the new sales division will be the zNose® chemical sniffers. These portable "SAW crystal gas chromatographs" are the fastest and most sensitive method for measuring both beneficial and hostile impurities in air. These impurities can range from toxic materials and warfare chemicals to pesticides and mold.  Most importantly, the zNose® can detect these chemicals in just a few minutes, whereas all other gas chromatographs take up to an hour or even days to get a final reading.  This product will be particularly useful in the Cannabis derived medicine sector, where the zNose® can be used to detect fungi, pesticides, and mold to protect consumer safety, and also specific terpenes and CBD which have numerous health benefits, including treating epilepsy, depression, and providing pain relief.

According to equities.com, "The Cannabis Biotech/Pharma Market Could Surpass $20 Billion by 2020."

The second focus of the new US Nuclear sales division features USN DroneRAD UAVs flying chemical sensor arrays for environmental monitoring and other markets. Sensor arrays include a variety of chemical sensors depending on the mission requirements, such as detection of: carbon monoxide, nitrogen dioxide, sulfur dioxide, chlorine, diesel, and methane, among others.  US Nuclear has received ongoing inquiries eager to acquire this technology from homeland security, chemical production plants, oil & gas companies, and the military.

According to MarketFutureResearch.com, "The worldwide environmental monitoring market is expected to reach USD $19.56 Billion by 2021."

Interested parties should visit the US Nuclear exhibit at the CANNABIS WORLD CONGRESS, LA Convention CenterSeptember 26-29, 2018.

Investors may find additional information regarding US Nuclear Corp. at the SEC website at http://www.sec.gov, or the company's website at www.usnuclearcorp.com.

This article appears in: News Headlines

Bob Goldstein, CEO and Chairman of the Board of Directors, Returns to Discuss Company Updates with Everett Jolly on Uptick Newswire’s “Stock Day” Podcast

Phoenix, AZ (August 2, 2018) – US Nuclear Corp’s (OTCBB:UCLE) (the “Company”) CEO and Chairman of the Board of Directors, Bob Goldstein, Returns to Discuss Company Updates with Everett Jolly on Uptick Newswire’s “Stock Day” Podcast.

Jolly began the interview by saying he’s really excited to bring this Company back to the show because he believes the world really needs what they’re doing. They are a radiation detection holding company specializing in the development and manufacturing of radiation detection instrumentation. Jolly said he thinks the company is undervalued and invited CEO and Chairman of the Board of Directors, Bob Goldstein, to bring Uptick’s listeners current on recent developments.

“Tell me about your new sales group. You guys are looking to promote your new US Nuclear chemical sensor product line. Bring us up-to-speed on that and why now.”

Goldstein indicated that the Company has been a radiation detection holding company for a long time, but that they have received ongoing inquiries about whether they can sniff out chemical hazards and related materials. Until now, that seemed to be something they would add in the future. However, they have 2 excellent product lines that they are now offering that they’re very excited about. They have also hired 2 chemists to help the Company move forward.

The Company attends lots of trade shows where they meet end users, but also distributors, as well as brick-and-mortar stores. For example, they go to drone shows where people want to buy drones, but what makes the Company’s drones so attractive is the fact that they have lots of sensors that ultimately provide the user with more information.

Jolly noted that in 2017, the Company did $3 million in revenue, but that Q1 2018 results showed $990,000. Jolly wanted to know if the Q1 sales were primarily domestic or international.

“We’re about 60% overseas, 40% US now and that’s because of our outstanding products. People are willing to call us from their home country and buy from us instead of buying locally. I think that shows the value of our product line.”

Jolly indicated that the Company had started to deploy chemical sensors on drones, as well as a super-sensitive portable system, the new zNOSE® High-Speed GC Chemical Sniffer and inquired whether Goldstein thought that would impact overall sales. The CEO replied that this is a bigger market than the Company has been in before. Over the next several years, he believes they will double or triple Company size because there are toxic chemicals everywhere. “You’ve got to know about your environment.”

Jolly said, “Well, one thing I like about your Company is – and I think you guys are ahead of the curve line – I think you’re going to save millions and millions of lives.”

“One of the wonderful things about the zNOSE® product that we’re offering is that it uses gas chromatography, which you may not know is the most sensitive way of measuring any impurities in air. So, we can see warfare chemicals and toxic materials in a few minutes, whereas all the other devices, whether they’re portable or not, take maybe an hour or days to get them to work. So, I see a huge market for the zNOSE® Sniffers.”

They briefly discussed the Company being an exhibitor at the Cannabis World Congress taking place in Los Angeles on September 26-29, 2018. Goldstein said that their products are not looking for THC (which gives the “high”), but rather the Cannabidiol (CBD) because it’s the new wonder drug for epilepsy because it can prevent seizures. They can also see the terpenes, which promote relaxation and stress-relief, along with other benefits.

Goldstein continued that their product can see fungus or pesticides, so this helps with customer safety and clean products.

Jolly wanted to know whether US Nuclear is working with MIFTEC and Goldstein responded, “Yes, the Company is working with MIFTEC, who are developing a fusion machine that will produce neutrons and with the neutrons, we can produce the medical isotopes.” Goldstein said that there’s a multi-billion dollar shortage of medical isotopes. “Nobody is filling that, but we’re going to be doing that.”

Jolly commented, “It seems like you guys are starting to diversity a little bit. Are you looking to add some different companies to your holding company?”

“Absolutely! Right now, we’re in the middle of a merger effort with another radiation detection company, but we also have other sensor companies that we hope to be acquiring in the relatively near future. We want to be the world marketplace for high-tech sensors.”

Jolly concluded by thanking Goldstein for being on the show.

For more information about the Company’s financial details, listen to the full interview at the link below

About Uptick Newswire and the “Stock Day” Podcast

Founded in 2013, Uptick Newswire is the fastest growing media outlet for Nano-Cap and Micro-Cap companies. It educates investors while simultaneously working with penny stock and OTC companies, providing transparency and clarification of under-valued, under-sold Micro-Cap stocks of the market. Uptick provides companies with customized solutions to their news distribution in both national and international media outlets. Uptick is the sole producer of its “Stock Day” Podcast, which is the number one radio show of its kind in America. The Uptick Network “Stock Day” Podcast is an extension of Uptick Newswire, which recently launched its Video Interview Studio located in Phoenix, Arizona.

Investors Hangout is a proud sponsor of “Stock Day,” and Uptick Newswire encourages listeners to visit the company’s message board at https://investorshangout.com/