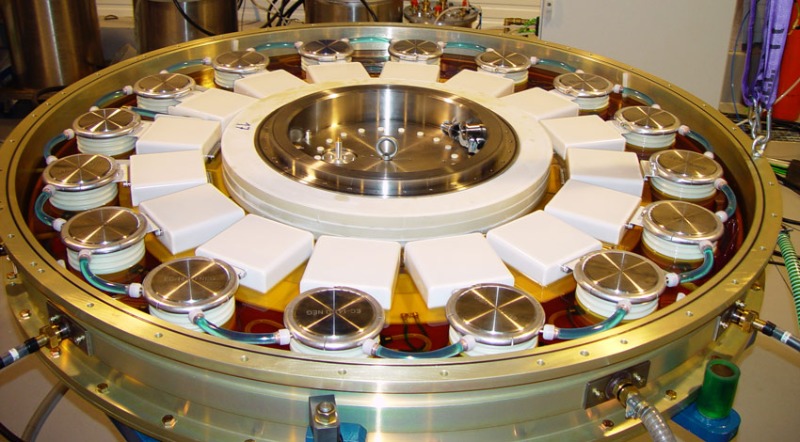 The radiation detection holding company signed a letter of intent last week with MIFTEC, whose parent company is Magneto-Inertial Fusion Technologies Inc. (MIFTI) Nuclear Fusion, for the sole manufacturing rights of its generators. These utilize its Staged Z-Pinch fusion technique to produce a high number of neutrons, which can then be used to create medical isotopes. “One of the reasons that we’re so excited to be constructing this agreement is that MIFTI and MIFTEC have developed a procedure for producing a large flux of neutrons from a very small footprint,” Robert I. Goldstein, president, CEO and chairman of US Nuclear Corp, told HCB News. “The plan is to build these radioisotope generators and sell them for maybe $6-$10 million each. If you want to put up a nuclear reactor, you’re talking hundreds of millions of dollars to make the initial investment.”

Health care currently faces risks of shortages in isotopes, preventing millions of patients from undergoing diagnostic scans and treatment. The situation is partly due to shortages and deteriorating sources of these substances from Russia, Belgium, Canada and South Africa, with the number of nuclear reactors globally few and far between, and existing ones aged. No manufacturers or suppliers exist in the U.S., partially due to strict rules and the need to obtain various forms of permission, according to Goldstein.

The concept of Staged Z-Pinch fusion consists of a zeta pinch, a type of plasma confinement system that uses an electrical current in the plasma to generate a magnetic field. The magnetic field and a shock wave compress the gasses in the system, in which an outpouring of neutrons derive from and instigate the transmutation of isotopes, thereby creating radioisotopes.

MIFTI’s version of the Staged Z-Pinch fusion technique may produce fusion energy, which is fueled by hydrogen. Fusion power is expected to be cleaner and more affordable compared to fission power, which is derived from uranium and plutonium and is the main source behind the production of current medical radioisotopes.

Advanced Research Projects Agency-Energy (ARPA-E), a U.S. government branch tasked with funding research and development of advanced early technologies, has recognized and awarded MIFTI for its approach and quick progression toward fusion energy by providing a nearly limitless supply of clean, domestic power.

MIFTEC and US Nuclear Corp believe that using the system will cut the current cost of producing radioisotopes by fifty percent or more, enabling greater access among individuals to medical isotope diagnostics and treatment, and potentially putting an end to the shortage.

“We’re going to be able to make pretty much every different isotope,” said Goldstein. “One of the beauties of our system is that all the neutrons come out of the same energy, and with filtration we can bring that energy down near the excitation energy required for each different nuclide that somebody wants. With a reactor, it’s just random. You get high energy, low energy. With ours, you get a fixed energy, and using filters, we can lower that to precisely the excitation energy that we’re looking for.”

The signing also grants US Nuclear Corp a ten percent stake in MIFTEC Inc., as well as an option to buy a higher portion of the company in the future.

A final agreement is expected to be completed in January 2018.

To learn more about us visit our about orÂ Facebook page.