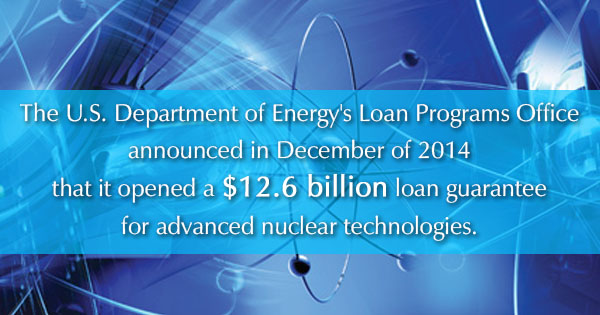 It also looks as if the agency is putting that money towards uranium as well. In a recent announcement, the Department of Energy has agreed to sell depleted uranium to GE-Hitachi Global Laser Enrichment, LLC (GLE) over a 40 year period. The facility would then use this depleted uranium to produce natural uranium, the element that is used in the production of fuel for civil nuclear reactors.

The $1 billion facility would be built near the Department of Energy’s DOE’s Paducah Gaseous Diffusion Plant in western Kentucky and is slated to bring between 800 and 1,200 jobs to the area.

GLE will construct, finance, and operate the existing Paducah Laser Enrichment Facility, which is adjacent to the Gaseous Diffusion Plant. Under a Nuclear Regulatory Commission (NRC), the facility will serve as a commercial uranium enrichment production plant. As of right now, the uranium in question is safely stored in 65,000 specialized storage units at the Department’s Paducah location and Portsmouth, Ohio site.

To learn more about us visit our about or Facebook page